When it comes to trampolines, everybody is likely to think that they are simply a normal bounce mat with no special story behind. However, if you think so, you are wrong.

Let's go through the trampoline game history to find out the interesting things during the origin and development of this sports equipment.

The History of Trampolines

1. The First Concepts of Trampolining

To start with, we go to the land of the Inuit, where they invented a game that is nearly the same as trampolining. In this blanket toss game, they tossed blanket dancers into the air with a blanket made of walrus skin once during the whale harvest celebration in the spring.

According to numerous historians, there are proofs of Europeans that were tossed into the air by several people using a blanket in the old days.

If you have read the famous Don Quixote novel, you must remember that the character Sancho Panza was involuntarily tossed with the same method as a punishment rather than an entertainment form.

Also, we can see images of firefighters using trampoline-like life nets to catch people jumping out of high storeys in burning buildings since 1887.

The Best Rebounder Trampoline – All You Need To Know

IN THE CIRCUS INDUSTRY

One more piece of evidence is the poster of Pablo Fanque's Circus Royal in the 19th century. It referred to the performance of acrobats on a trampoline, although it looks more like a springboard than today’s trampolines.

Whether the above forms are really the antecedents of our present-day trampoline game or not, they have indicated that the idea of bouncing on a cloth surface emerged very long ago.

During the beginning of the 20th century, a number of circuses introduced a "bouncing bed" (not called trampoline bed at that time) on the stage to entertain their audiences.

This was a kind of mini trampoline coated with bedclothes, on which artists made a variety of comedy performances.

Simultaneously, the folklore of the circus industry supposed the first trampoline to be designed by an artist named du Trampolin.

The lore told that as he discovered the potential of utilizing the trapeze safety net to fly and land, du Trampolin did many experiments with various suspension systems and finally reduced the size of the net to do separate performances.

Despite the common use of trampoline-like devices for shows in the circus, there are no documents supporting the story of du Trampolin so, we hardly believe in that. The early trampolines were created in 1936 by George Nissen and his friend Larry Griswold. In fact, George was a gymnast while Larry was a tumbler in his gymnastics team. However, both of them studied at the University of Iowa in the US.

They saw trapeze artists exerting a tense net to improve amusement in their shows and decided to test by spreading a canvas to an angle metal frame using coiled springs with grommets inserted around.

This device was originally used as a mean of practicing for tumblers but became popular with more and more people not long later.

As George explained, in his show tour to Mexico in the late 1930s, he heard the word "trampolín", which means "diving board" in Spanish, and he was determined to use it as the equipment's trademark.

In 1942, the two friends Griswold and Nissen founded the Griswold-Nissen Trampoline & Tumbling Company and together started to manufacture commercial trampolines in Cedar Rapids, Iowa.

After that, "a rebound tumbler" was the general term of trademarked trampolines, so people initially knew the sport as rebound tumbling. Gradually, it lost its own trademark, and the trampoline becomes a nonspecific trademark as today.

At the start of their development, the company regarded trampolines to be used in numerous entertainment fields, with one or multiple participants bouncing on a trampoline at the same time.

Spaceball is a shining example.

In the game, there are two teams of two people on only one trampoline with peculiarly built end "walls" and a middle "wall". The two teams have to propel a ball through the middle wall to hit a target on the end wall of the opposite team.

3. The Modifications in Trampoline’s Design Unfortunately, a lot of accidents happened. In the most slight cases, victims got their teeth broken on the frame. And under worse circumstances, there were people bouncing on another's head, and some were almost lethal.

Present models feature padded frames, and some even include a safety enclosure to block people from bouncing off the trampoline completely.

As a result, no one has to fear to fall off the device or be hurt by the stiff frame.

Nowadays, the trampoline has been considered as one of the best ways for kids to release stress, enjoy themselves, improve not only their physical but also mental health.

Plus, it is common that you can also install some basketball hoops and poles around the trampoline so that your children can learn to play basketball and have more fun.

However, according to experts, it is necessary for youngsters to learn how to use their trampolines properly and strictly follow safety rules since no safety feature can eliminate all the risks thoroughly.

How to Choose the Best Ball Pit for Kids and Toddlers?

4. The Use of Trampolines in Training Pilots and Astronauts

Throughout the Second World War, the US Navy Flight School took advantage of the trampoline to train its navigators and pilots, which gave them focused training in the spatial orientation, which had been impossible before.

After that, trampolines were widely used again in the space flight industry to train Soviet as well as US astronauts, helping them to experience different body positions during flights.

Nonetheless, springs were redesigned to alternate the old internal tubes, while the canvas surface was made from a type of robust woven nylon used in military parachute straps.

Everybody loved the new idea, and so did the military. These forces discovered that simple trampoline exercises could strengthen their muscles and enhance spatial consciousness.

In spite of the risks it brings about, the trampoline remains popular and is used in elite-level competitions.

Every year, there is a trampolining competition in Switzerland that awards its winner the Nissen Cup in memory of Nissen.

The earliest Trampoline Gymnastics World Championships were held by Ted Blake from the Nissen company and also organized in London in 1964.

Dan Millman and Judy Wills Cline, who came from American, were the first two champions of the world. Nevertheless, only Cline continued to be dominant and steadily became the greatest trampoline champion in history. The Best Time to Buy a Trampoline You Cannot Miss

Is the Trampoline an Olympic Game?

Yes. If you don’t know, trampolining has appeared in the Olympic Games since 2000.

One of the first pioneers in favor of turning the trampoline into a sport in competitions was Jeff Hennessy, a trainer at the University of Louisiana at Lafayette.

He was later the coach of the national US trampoline team and created more world champions than anyone else. Most noteworthy, Leigh Hennessy’s daughter was also one of these champions.

Today, if you visit the USA Gymnastics Hall of Fame, you can see them there.

How To Set Up & Choose The Right Sized Trampoline: The Best Guide & Bonus Tips

So we have gone through the trampoline game history. You must find the story of this simple yet multifunctional equipment exciting, right?

As you can see, although the concept of bouncing on a surface emerged very long ago, the first modern trampolines just appeared roughly 100 years ago.

And besides the use of trampolines in sports, they are also utilized in a wide range of fields such as training pilots, navigators, troops, tumblers, acrobats, divers, gymnasts, freestyle skiers, and the list goes on. 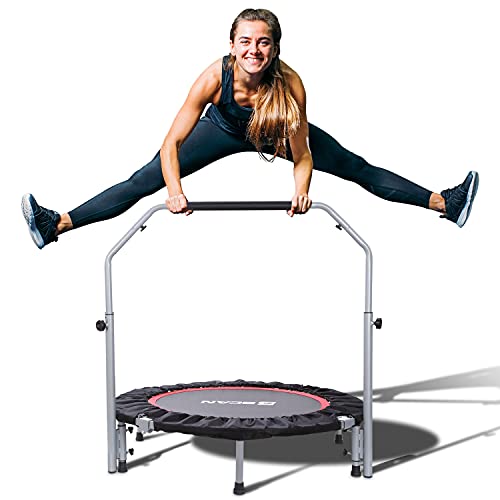 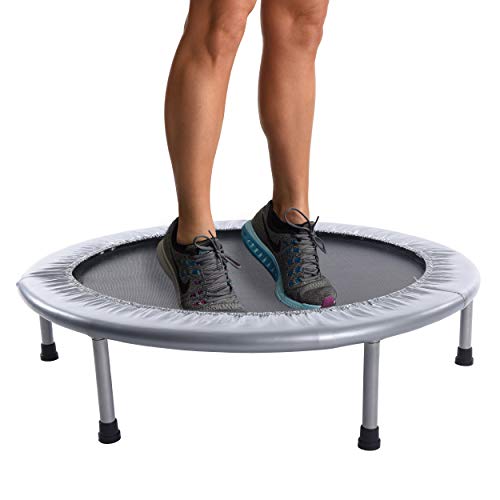 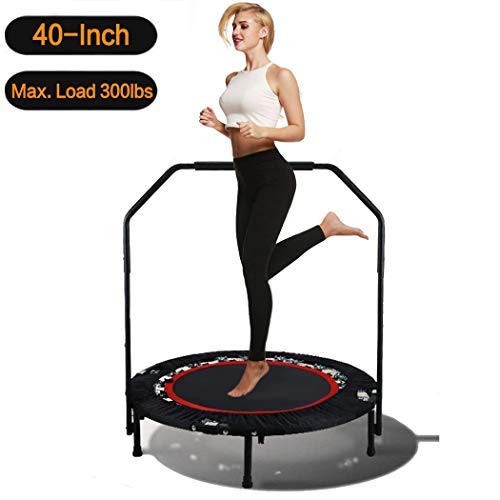 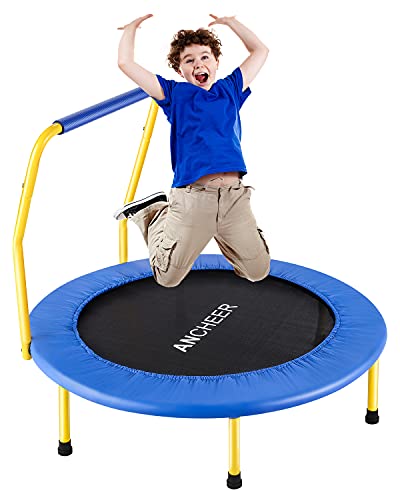 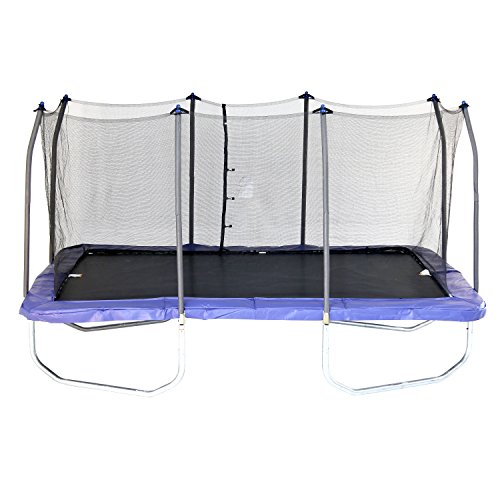 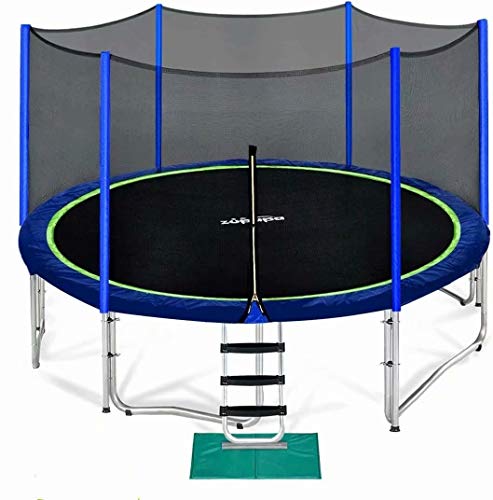 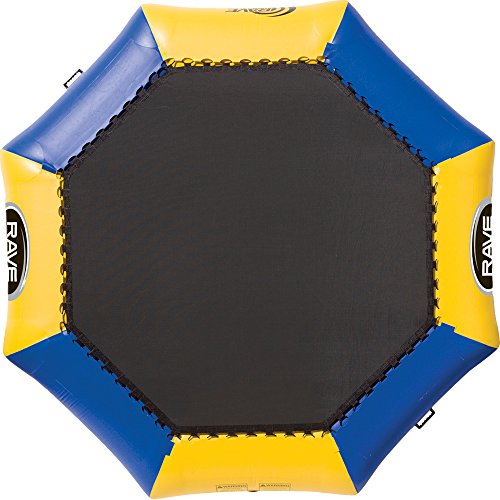